One of the interesting feature of the maps have been introduced in which you will see the wars of Boston Harbor to the maps upto the hallmarks of the North West Passage. The maps consists of the dynamically controlled information of weather. 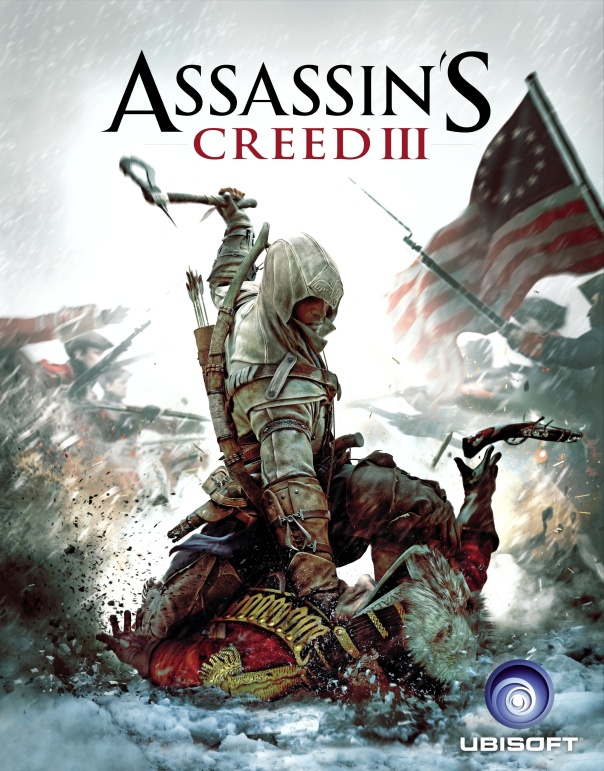 Now, concentrating again on the sixteen players option or the multiplayer one I would like to add up that each of the player will get a lot of advancements. And the advancements or the benefits includes the explicit weapons and its gallery, skills and will be allowed to select one of the fourteen ability from all.

The main aim is to introduce you all about the releasing date and thus opening out of the secret is that the game is going to be released on 31 October on the platforms of PS3 and Xbox 360.

Human Head Studios is the developer of the game and the Bethesda Softworks is the publisher of Prey 2, the newer series of Prey 2. The game is going to be released to be played on many of the platforms like Microsoft Windows, Xbox 360 and PS3. 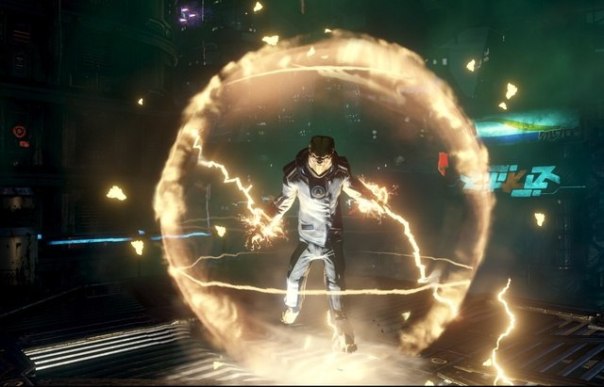 Story Line of The Game

The story starts from a plane in which Killian Samuels, who is one of the U.S. Marshal is traveling with others and suddenly the plane crashes off and landed on a Sphere, that is considered to be a vessel of aliens.

After the crash, the Samuels fights off with the aliens and searches for other survivors who were present with him on the plane. But unluckily, the player reached a certain point of trap and become unconscious and when he becomes conscious then he found himself to be on another planet belongs to those aliens.

Now, the main adventure of the game begins at a point where some of the secrets like the escaping of the player from the aliens after crash, reaching of the Samuels on the planet are unknown and now the player has to play the role of a bounty hunter. 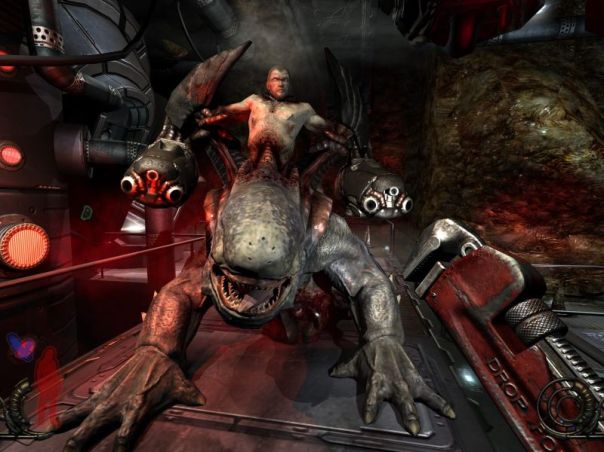 While playing the role of bounty hunter, the player slowly remembers some parts of his memory and he initially feels that he was the only humans that is remaining out of all but he was founds himself wrong after meeting Domasi “Tommy” Tawodi, who is also present in the first sequel “Prey”. Basically, the role of the player is the hunting of the targets in the alien world besides remembering back all of his skills and memory as a bounty hunter.

The release date of the game has not been confirmed by the company and there are some of the rumors about the release date but it might be going to be released in 2013. So, the fans have to wait a little more…

Medal of Honor: Warfighter is an upcoming first-person shooter video game being developed by Danger Close Games and set to be published by Electronic Arts for Microsoft Windows, PlayStation 3, Xbox 360 and Wii U.It is a direct sequel to Medal of Honor (2010) and 14th installment in the Medal of Honor Series.

The game is scheduled to be released on October 23, 2012 in North America and on October 26, 2012 in the United Kingdom. The key philosophy that makes the Medal of Honor series extraordinary is the respect for the soldiers and honoring those who serves.

This is why Danger close games are extremely proud to announce the exclusive Medal of Honor series Military Edition i.e. Medal of Honor: Warfighter for U.S. military and government employees.

Medal of Honor: Warfighter was nominated for multiple awards at E3 2012 and was awarded as Best FPS game of E3 2012 by Game Chronicles. The game features incredible HD quality visuals, the real world settings and much more for an epic gaming experience.

It was developed by Naughty Dog and published by Sony Computer Entertainment exclusively for PlayStation consoles. Uncharted is an award-winning action adventure platform video game. It has multiple series till date, and each series revolves around the adventures of protagonist Nathan Drake; a treasure hunter and action dexterous, as he attempts to expose various chronological mysteries. Uncharted series has achieved numerous awards and honors.

Uncharted series is nourishing combination of action-adventure and platform elements with a third person perspective. And gameplay offers the player extraordinary acrobatic features, the platform elements allows player to swim, move along ledges, jump and swing from ropes and other acrobatic actions.

Uncharted offers the player a wide variety of weapons in the gameplay, but the fact is that player can just carry a primary weapon such as a shotgun or ransack and handful of ammo. And the thing is that these weapons are obtained by picking up weapons dropped by a downed enemy.

Drake’s Fortune is the very first in this series; action-adventure and platform elements come together with a third person outlook to chart the journey of protagonist Nathan Drake, believed inheritor of the explorer Sir Francis Drake. In this series Drake seeks for the lost treasure ofEl DoradoinSouth Americawith the help of a journalist and his mentor.

In this series of Uncharted, Drake journey acrossNepaland the Himalayas in seek for the lost city of Shambhala. It introduces stealth mechanic and new characters Chloe Frazer, Harry Flynn, Zoran Lazarevic and the game’s chief contender.

It is the third game in the Uncharted series, except its Golden Abyss, which exclusively launched for Sony’s PlayStation Vita. In this series of Uncharted, story focuses on the relationship of drake with his mentor and father figure, and it seeks for legendary lost city formerly known as the Atlantis of Sands, and this seek ultimately takes drake to the Arabian Pennisula and the vast wasteland of the Rub’s al Khali Desert. This series, unlike the preceding series includes some new features such as superior backward climbing and the skill to fight multiple foes at once.

Disney Pixar Cars 2 is a third person world-class racing game, fundamentally based on the movie Cars 2 and developed by Avalanche Software. It was released by Disney Interactive on different major platforms such as PSP, Xbox 360. Its PS3 version feature stereoscopic 3D gameplay.

Grab your PSP, Jump into the Cars universe with a brand new international spy theme, hit the road and race your way around the world.

Disney Pixar Cars 2 offers the players global high-speed racing adventure with its splendid stereoscopic 3D gameplay. Game provides 25 different characters to choose from. Players do have the opportunity of upgrading car machines from the garage. A player can choose his/her favorite speedy machines. Players participates in missions as a world class spy, smack enemies down, completes missions, achieves levels and wins trophies throughout the gameplay, with medals and crest, cheats, codes, unlock cars and a lot more!

Trophies and Ponits are awarded in each success to the players throughout the gameplay depending on the beat-timing and what type of vehicle players are driving, respectively. There are three types of trophies awarded to the players, which are Bronze, Silver and gold. There are generally three modes: heavy, medium and light. With targeted achievements players can unlock the new cars.

Disney Pixar Cars 2 has multiplayer features too; up to four players can have the enjoyment to play simultaneously.

Man In Black: Alien Crisis, an action-adventure video game for PS 3, Xbox 360 and Wii consoles and it is somewhat based on the Men in Black 3 movie. The game has been released on May 22, 2012. 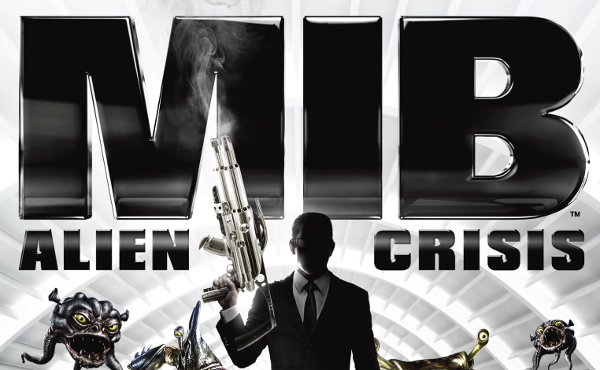 Story starts with aliens reside on earth that are planning to attack on earth and an MIB agent, getting trained to become familiar with all weapons and to be effective in finding the aliens to protect the earth from the crust of the universe.

Suit yourself up as Peter Delacoeur, an MIB agent and eliminate the crisis of aliens. Challenge your Family and Friends in four-person hot-seat competitive action or play through the game in two player split-screen action.

The PlayStation Vita comes with two different versions one that supports 3G and the othe
r without 3G with cheap price.And its 3G Wi-Fi model is available in market with a default 4 GB memory card. The PlayStation Vita is incompatible with standard memory cards such as SD cards. Its hardware includes a 5-inch (130 mm) OLED multi-touch capacitive touch screen, built-in GPS receiver, supports Bluetooth, featuring a quad-core ARM Cortex-A9 MPCore processor and a quad-Core SGX543MP4+ GPU ( Graphical Processing Unit, that gives it astonishing graphics performing at a lever near to original Xbox) along with 512 MB of system RAM and 128 MB of VRAM. It includes LiveArea software as its main UI (User interface).

At a conference held inJapanin early days of PS Vita’s release Sony revealed some information about PlayStation Vita cards that it would also have another storage option, “Removable Memory”, and PS Vita will be equipped with a storage media slot, so user can choose their memory capacity based on their use. And also revealed some other facts about it such as PlayStation cores will be cored along with camera features, face detection, head detection and head tracking capabilities allowing user with customization and personalization.