GameStar newer move is to leak out the concept-art which is the idea for the newer and upcoming series of the famous, fabulous and awesome game – SIMCITY GAME 6.

Do you like to have a video game in which you are the engineer of your dream city by simulating the building and areas of it??? Then you would definitely like to see the brand new city construction and simulation by you. The developer of this simulation game is named as Maxis with the with the auxiliary of the Electronic arts on which the whole of the idea is based. 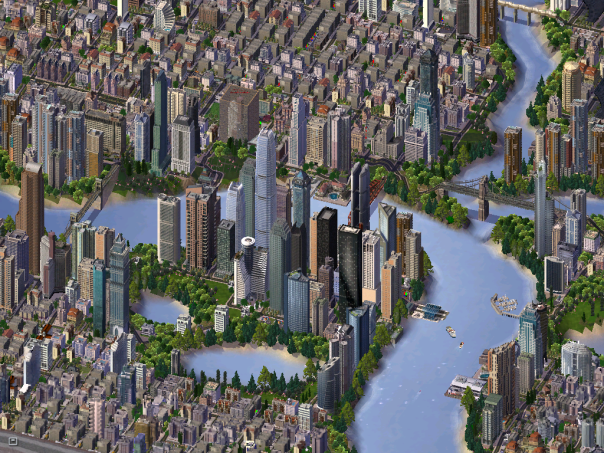 You are the architect and have to plan according to your flavour for the development of different zones and placement of the buildings and developing of the roads and thus have to make your city beautiful.

Features of the Game 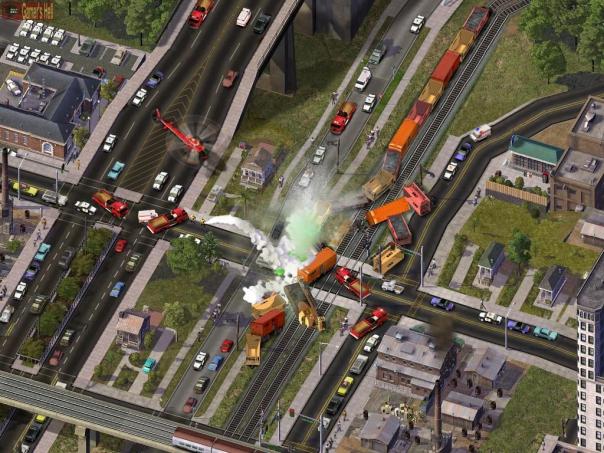 The official date has been set up in the month of February in 2013 and that is also the most important thing to be noted by the fans. And the popularity can be judged by the fact that the official announcement has been made very early on 6 March in 2012.

And the publicity stunt has not over yet with releasing of the 2 of the trailers of the game in the Electronic Entertainment Expo that has been held in 2012.

Lightwood Games has developed one of the newer applications for many of the platforms that will make you a detective and will help in increasing your capabilities for catching up a thief!!! And the application is known as “HEAD HUNTER CHALLENGE”.

The application is available in the market and thus you can have full enjoyment of the game and also uses the multiplayer technology for the game. One of the newer styles of technology known as multi screen gaming-technology has been used in the game. 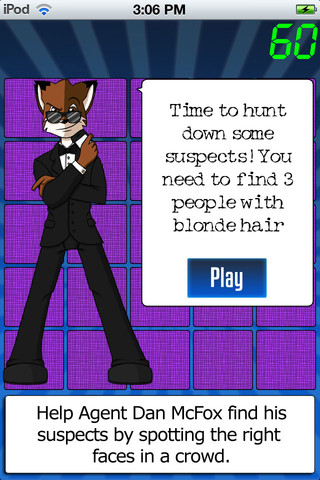 The main fun starts with the appearance of Agent Dan McFox who will abide you from starting to the end and develops your interest in the game whether you win or loose and is the main character for which you have to play and perform the task.

The player is given the hint like searching of the people with black hairs or wearing brown goggles and then a number of faces or choices are given among which you have to choose the correct one as according to the questions. And that is what really makes the game interesting…

Features of The Game

At last, I want to relate you with one of the important fact regarding the importance of the game that this game has won two of the major awards known as ‘Most Innovative Idea’ and ‘Best Use of Mobile’ in one of the grand event of GameHack…

If you have liked Head Hunter Challenge game and want to play it, then you just have to click DOWNLOAD.

The main thing of this interesting game is to run for the saving the life of the player that makes it more interesting.

The story begins after the player has stolen the cursed statue of God from the Temple and now Evil Demon Monkeys are following you for imprisoning you and for pinching you. Now comes your turn and work and that is to escape from their reach.

Actually the game depends on how fast you runs along with all the obstacles including one of the monkeys that are tempered from your action of stealing the tomb.

You have to test your impulses while running down the walls of the antique temple and along the pure rocky cliffs of it. You are given the choices of jumping, sliding and turning for avoiding all the barriers and buying the powers along with the most important thing of collecting coins for increasing your chances of survival.

There is an option of unlocking of ways of moving to next level and increasing your speed of running.

Temple Run Online is a new facility provided to you for playing this online game free of cost from the browser of your own.

This game has become so much popular that Android, Xperia X10 has provided the facility of this game in their apps which you can easily play and share with your friends after beating their scores.

Dragon’s Dogma is an action role-playing adventures game developed and published by Capcom.

Generally, it was developed for the PlayStation 3 and Xbox 360. The game features an open world fantasy setting, besides hack and slash and survival horror.

Dragon’s Droma is bound to have some flaws, well all games do and It is yet an enormous console rpg. Its exceptional features rules over its negatives. It gives you the immense gameplay, seems pretty much like combating against the real-life dragons because they are 50 feet tall and weigh 12 tons, which is exceptional and I believe that no other game features you so immense gameplay. I give this game a 9.5 or more, if flaws get fixed it would be one of the most thrilling games of the decade and it undoubtedly would deserve a rating of 10.

The game actually offers various types of vocations for player to select anyone out of them but yet just nine different types of vocation have been revealed. These vocations are Fighter, strider, Ranger, Mage, Assassin, Sorcerer, Magic Archer, Mystic Knight and Warrior. This exception makes a difference to the gameplay and features more realistic gameplay.

Besides Class System (vocations), other innovation of Dragon’s Dogma is the “Pawn” system. It features artificial intelligence gameplay and even associates Social networking feature with the gameplay.

The game does not feature a direct multiplayer mode; nevertheless developers have revealed that players can compete online via Xbox Live or PlayStation Network.

For years Multiplayer Games has given gamers such a fantastic platform to have fun together.

Playing against Computer is great but there is nothing quite great about playing against friends, throwing all bumps on them in all n ease while playing games.

Gamers would generally find a lot of multiplayer games to play. But there’s only a few that certainly would give you so unimaginably awesome experience of gaming world.

Here I list some Multiplayer Games that have been simply great to roll over the unimaginable platform. 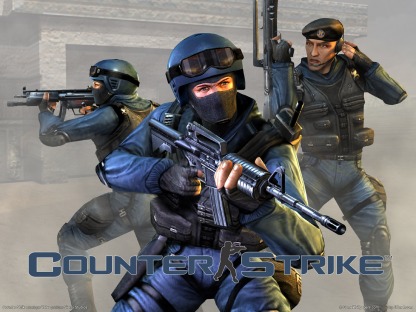 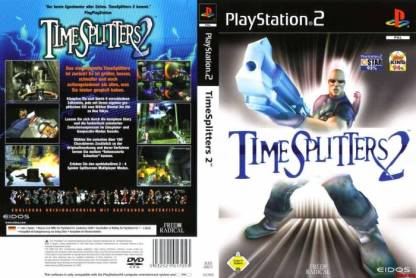 Its an Online game launched by the game campus and is available free to play.carte is a fast, global online trading card game. In this game we choose a Hero, build a tools of deck and jump into battles with guns, weapons and other tools of battle.

It has incorporated all the necessary challenges of the real game and is totally based on real carte game. In this carte’s games many good features such as epic raid battles, allow players to show their other deck buildings savvy, Puzzles solving, teamwork as they handle or gain the challenges with other team to earn unique cards by challenging deadly bosses.

Normal player gains a very different challenge with great new combinations of hero slaying monster and destruction mass. Raids provide hours of these entertainments and challenges equipped with multiplayer option to find the right or good combination of cards. Anyone can easily get or play this game from carte.gamecampus.com . when you click these websites you can easily download this game and for playing you can sign up or like the page of this game on Facebook.

To see more games and updates of these games keep in touch or visit carte game on facebook and twitter page for special game event of these game.