One of the games to hit the twilight of the systems of PS2 which is more popular than others and an above average game is Bully. From the time of San Andreas, Bully is the other game that has remained in the controversy like it.

This game can be think of as an GTA of schoolyard and is not a kid on kid kill fest that you might thinking it to be. Rockstar has delivered a story of the guy who is a naughty prance that has never taken anything seriously and is a light hearted one.

Bully is another game from Rockstar’s Grand Theft Auto and has been popularized in the same way by the style of sandbox that is of imaginative type. Bully is a light hearted guy and if you are a same kind of person then you will like Bully more than GTA. 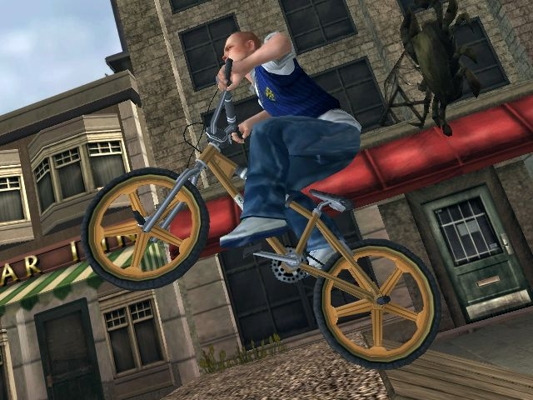 Some of the Pros are that the soundtrack is superb, tone is very humor is clever, a lot more things to do, light hearted, art direction is also very good.

Talking about Cons, graphics are dated and it is a game play that has been recycled from the series of GTA.

Control – The game offers you to use the basic controls that seem to work very well.
Documentation – Given the rules for playing the game within a manual along with a comic.
Multiplayer – For single player, zero straight up.
Game play – Bully is a fun play and in between mini games is given for your enjoyment.
Rated – The scores are given out of five and for teens, it is like the game GTA.
Difficulty – From playing point of view it is an easy game.

The controls of Bully are identical to the controls of GTA and more similarities other than this has been observed much like the franchise of GTA appears to be similar.

The difference is only that you are working for Greasers and Nerds instead of Mafia and Yakuza and you have to just check it out that you are fairing with which gang.

You are getting paper routes instead of the earning the money through the missions of taxi by which you are going to get the extra money to be used by you.

Bully uses his kicks to hide out in the area of trees or giving a sling shot for shooting of the football players or also throwing powder of itching on a fat girl.

So, if you are looking for a boyhood naughty frolic or you want something other than GTA but likely game, then I will advice you to go for Bully…