Kinect Star Wars is a 2012 iconic Star Wars action video game exclusively developed for Xbox 360+ Kinect, requires Kinect sensor for play. The game was developed by Lucas Arts and Terminal Reality and published by Microsoft Studios. The best thing about the game is that it has Motion Gaming: A Controller Free Entertainment Environment.

The best thing about the game is that it has Motion Gaming: A Controller Free Entertainment Environment which gives player the freedom to play the game without the use of a controller and brings amazing gameplay experience. The game lets you enter in the Star Wars Universe in an exclusively new way and features iconic characters, lightsaber Combat, a wide variety of outstanding other features and epic gameplay experience and lets you unleash your inner Jedi- or Rancor Monster. 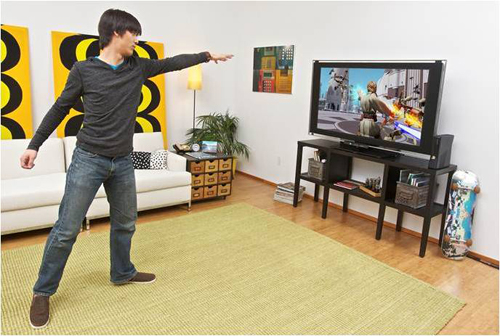 This is the very first Star Wars game to have motion gameplay that is to be featured with Kinect support.  The game features stunning graphics and supports 3D gameplay with no controller in the way and offers two players’ co-op gameplay. The gameplay story is inspired by keeping all six Star Wars movies in mind. And interesting thing about the game is that it has a dance mode and the gameplay offers iconic ships, piloting Speederbikes, terrific force moves combating with the enemies, Podracing, upgraded vehicles, droids and much more.

The game offers a wide variety of gameplay which includes two player co-op mode, duel modes and competitive modes where there is an easy in-and-out facility offered with which second player can instantly join the action in some modes which is a great feature offered in the game. The game lets you experience the girth of the Star Wars universe as you ply a Lightsaber and prepare to be a Jedi Master, practice makes you turn out to be a champion Podracer, master the Force with immense pleasure of respect and gives you iconic moments throughout the gameplay.